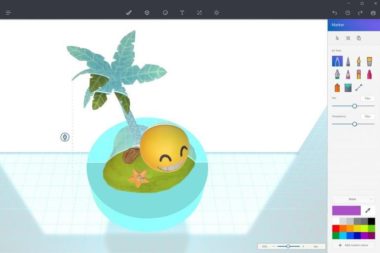 Starting today, Microsoft is beginning to roll out a brand new update for Windows 10, packing a whole new set of features and enhancements for users. Microsoft is calling this update the “Fall Creators Update,” as a continuation of its efforts that started with the Creators Update earlier this year. This latest feature update includes new changes and enhancements that everyone will appreciate.

The Fall Creators Update is the fourth major update to Windows 10 since its original launch in July 2015 and is the final update scheduled for release in 2017. Microsoft likes to release two major updates to Windows per year, and that trend will continue into 2018 and beyond.

Windows 10 Fall Creators Update is rolling out in waves starting today for free. If your Windows 10 device is not seeing the update yet, don’t worry. This can take several months to reach you, as Microsoft likes to make sure the update won’t cause any issues for your device. If you don’t have the update yet, there’s likely good reason for it.