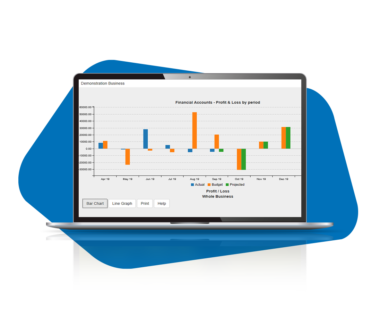 Farmplan, the UK’s leading agricultural software specialists, have announced a major new update for all existing customers of their industry-leading Business Manager solution. The update will allow users to view and interrogate up to ten years’ worth of their data in just a click, giving farmers the chance to unlock extra value without requiring any additional input.

Business Manager uses are now able to compare figures over a ten-year span both as P&L (Profit & Loss) and Cashflow. Previously, it was only possible to create comparisons between the current and previous year. With this greater access comes greater insight – farm businesses can measure their performance in the long-term and make more informed decisions as a result.

Data can also now be examined more closely, focusing on specific enterprises down to a granular level. For example, a dairy farm can – using their decade’s worth of data – analyse the following and more:

Analysis can go even further to give the farmer unprecedented insight into every facet of their business; for example in a dairy enterprise, the user can identify the cost of production, such as the amount and cost of food used per cow and, ultimately, determine the actual profit per litre over a period of their choosing.  Equally this could be applied to an arable enterprise to look at the cost of production per tonne or per hectare over time.  All data can be used to instantly generate representative graphs and charts as desired.

Behind the scenes, small tweaks have also made importing and exporting of data simpler and more intuitive than ever before. Invoices and journals can be imported directly via CSV file – with members of North Herts Farmers now able to import their information directly, along with AF Group and Fram Farmers members – thus eliminating the need to enter data more than once, saving time and resources.

“This represents a significant upgrade for Business Manager users,” says Sally Ashwell, Product Coordinator at Farmplan. “Farmers will now be able to measure and guide their business performance to an unprecedented degree. These changes don’t mean a revolution for your systems or require adjustment in terms of operation. Instead, it makes Business Manager smarter at a fundamental level, unlocking more value from your existing data than has never been possible before.”