Jacqueline Neill and her husband Robert (the 2017 Farmers Weekly Farmer of the Year) run Upper Nisbet Farm in the Scottish Borders. Jacqueline spoke to Farmplan about how technology and data are used on their 636 hectare farm to help inform decisions and develop livestock performance. 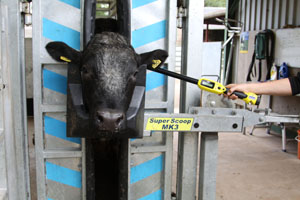 ‘Cattle manager is essential to the management of the farm’ said Jacqueline, whose herd comprises of more than 320, mostly Limousin cross British Friesian, British Blue, and pedigree Limousin cows. After using the software for over two decades, Jacqueline explained how every aspect of each cow is recorded using Cattle Manager. Data is recorded from the moment a calf is born, when size, weight, and health are recorded, until it is sold, when costings and servicing dates are produced, and everywhere in between.

The couple’s commitment to promoting technology within the farming industry, also inspired Robert’s studies into Electronic Identification (EID) in the Cattle Industry, for which he was awarded the Nuffield Farming Scholarship in 2013. Robert’s conclusions included that in order to drive progression, Electronic identification should be made compulsory within the beef industry, and that a national database should be created for benchmarking and analysis.

However, Robert did not win Mixed Farmer of the Year 2017 by embracing technology within just the cattle herds. Upper Nisbet also includes 353 hectares of arable land. Here they use Gatekeeper software throughout the seeding, spraying, and harvesting process. Jacqueline said that they’ve always embraced data and technology at Upper Nisbit, and can only see it having a larger role in future. 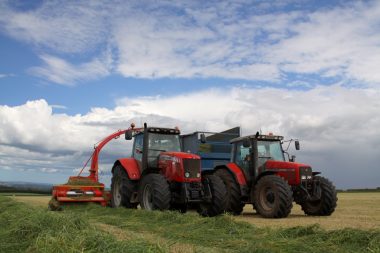 We wish Jacqueline and Robert the very best of luck in their future endeavours, and we’re sure they will continue to pioneer the use of data and technology in agriculture.